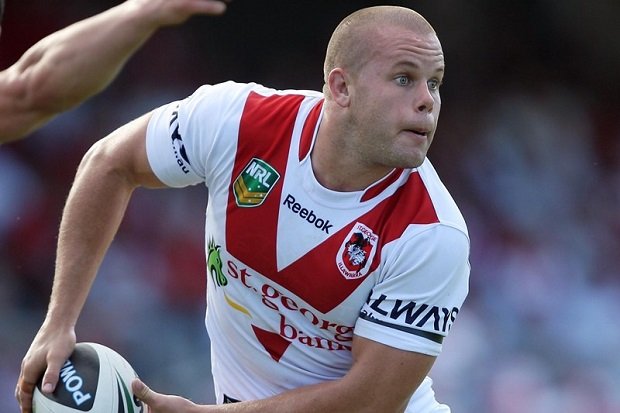 Today we interviewed Dan Hunt, former NRL player of the St George Illawarra Dragons who has an impressive sporting career spanning over nine years. Dan is the founding director of Mental Health Movement; the company behind Mental Health Workplace Blueprint.

Dan, tell us your sporting story

As a professional athlete, I played 150 first-grade NRL games for the St. George Illawarra Dragons. I was part of the premiership winning side in 2010 and I played in the World Club Challenge, which we won in 2011. I also played City-Country in 2012, Australian Prime Ministers in 2012 and the Academic Team of the Year in 2013.

Playing 150 games for one club is a big thing. I’m very proud that I was able to be coached and mentored by Wayne Bennett. The biggest achievement for me was the challenges and adversities that rugby league gave me and how I got through them. Everything I experienced took me on a journey and led me to create Mental Health Movement. This wouldn’t have happened had I not been playing professional sport.

I ruptured my Achilles tendon and this injury ended my career. I still had two years to run on my contract, but things ended abruptly. Everything I’d worked hard for was taken away from me and life came crashing down. It’s was a hard pill to swallow.

Had I not got injured, I’d be still playing now. I was playing the best footy of my career and footy was my life – I had so many plans. I became isolated and I really struggled with not playing. It shattered me.

Not only did I have to deal with my injury and career devastation, all the issues from my past resurfaced and hit me like a tonne of bricks. I didn’t know how to cope with it or how to deal with things.

When you were playing sport, you had to be physically fit but how about mental fitness?

The two things I’ve learnt is, only focus on what’s in your control and what you can do to be your best. Wayne Bennet got me to focus on two things during each game – tackle and run as hard as I could for every carry, and in defence, get off the line straight and hard. They are the only two things I focused on and as a result, my stress levels came right down. Not worrying about other unnecessary stuff made my anxiety disappear.

Nowadays, is it easier or harder to talk about mental health in sport?

At least 25% of the players in rugby league experience some form of mental illness. I know that every player in professional sport, and in particular NRL, goes through mental health issues. One week you win and you’re on top of the world but the next week you may lose, and this is the worst place to be. I don’t think mental health is being addressed from a performance and a coaching level. The NRL have two welfare education officers at each club and they’ve got a full welfare program in place. They are rolling out fantastic, cutting-edge stuff and providing support but I still don’t think they’re addressing mental health efficiently.

What pressures have you experienced in professional sport?

The pressure to perform was massive. Standing up to everyone’s expectations – your own, your teammates and the coaching staff. Injury was also a pressure. I had 10 surgeries, so I had to come back from them. I continued to say to myself “I’m not going to let this injury beat me. It’s not going to define me”. In a way, I used my bipolar and the “all or nothing” mentality as a positive because it helped me overcome pressure.

I used to get so nervous before games, to the point where I’d spew. I’d convince myself I couldn’t play or that I’d drop the ball or get injured. I would self-sabotage. Wayne did a lot of work with me to focus my energy and he encouraged me to practice positive self-talk. I’m very grateful for his constant support.

Yes, lots. In the captains run, I had to do extra weight sessions or 10-minute fitness sessions after we finished our team training. I ate spaghetti Bolognese for dinner every night and had a Radox bath where I listened to the same 10 songs in the same order. I had to wear the same tights and be the last person to run out in the order. I also had to have a shower before every  game.

How important were these rituals?

I felt if I didn’t do these things, I wasn’t going to play well. But the for games that I couldn’t do any of them, because I was crook or I had to get fluid drained out of my knee, were probably the games I played my best because I didn’t worry about anything. That’s the thing with rugby league, you do one thing one week and it works but the next week it doesn’t. It’s all about mindset.

I’ve got my mental health checklist, five things I try and do at least four days per week. Each one might only improve my mental health by 5 or 10 percent, but when you add all that up, I’m improving my mental health by 30 or 40 percent. Exercise is key and it’s always been a big part of my life. Nutrition is also essential as you are what you eat. Gratitude is another big one. I like to remind myself of all the things I have and what I’m achieving. I set three intentions for the day; this is 3 things I want to achieve. I also practice mindfulness meditation and enjoy spending time with my family and dogs. Getting out in nature is really important to me.

Have self-awareness and get in touch with your emotions. You’ve got to understand who you are and not who the team wants you to be. Not who the coach wants you to be. Not who your friends and family want you to be. Who you want to be. You’ve got to understand who you are, what works for you and what doesn’t work for you. Get a plan in place and write down your goals. How are you going to get where you need to be? Having a plan, taking action and re-evaluating constantly is the only way to keep yourself on track. Get feedback from other people – your coaches, your teammates and your family. Establish support networks so you’re not doing things on your own. If you’re struggling, talk about it. If you’re playing rubbish, ask why. If you’re injured, get physio. You don’t have to go it alone; get the support you need.

Want to know about the Mental Health Movement? Click here.