Mental health issues increase the risk of suicide as does drug and alcohol use. Life affects decisions around suicide. Changes in circumstances can trigger thoughts of suicide, for example, job loss, loss of income, homelessness, separation and loss andu00a0 bereavement. Trauma, abuse and violence, both past and present, can increase suicidal feelings.

People think of suicide for many reasons and attempt suicide when feeling a deep sense of hopelessness. Not all people thinking of suicide want to die.

There is no typical suicidal person. Suicidal thoughts can happen to anyone and for a variety of reasons.

There are some common warning signs of suicide which, when acted upon, can save lives.

Research tells us that people who experience mental illness have a higher risk of suicide than the rest of the population.18 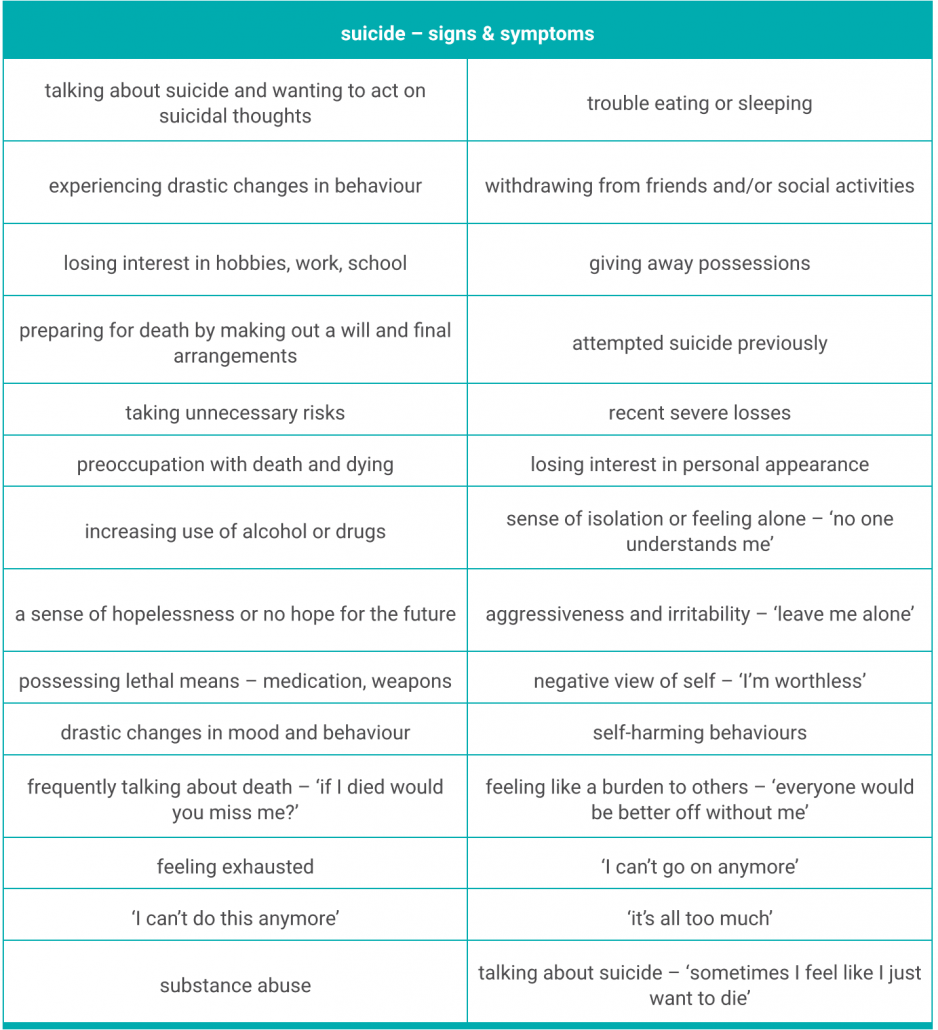